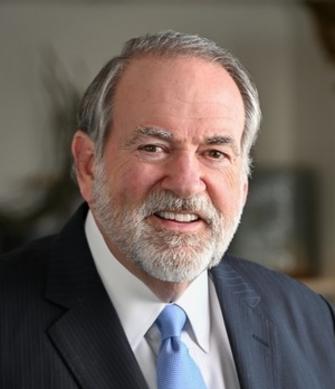 Mike Huckabee is the host of the TV show "Huckabee" on TBN each weekend and best-selling author of 14 books. He was the 44th Governor of Arkansas from 1996 until 2007, becoming one of the longest serving Governors in his state's history.  He ran in 2008 and 2016 for President, finishing 2nd in the Republican primary in 2008.
He is a frequent visitor to Israel since 1973 and since 1981 has been taking groups to the Bible Lands.
Huckabee an avid musician since age 11, is a bass player and often joins guest artists on his weekly television show, having played with Willie Nelson, Lynyrd Skynyrd, Toby Keith, the late George Jones, and many others.